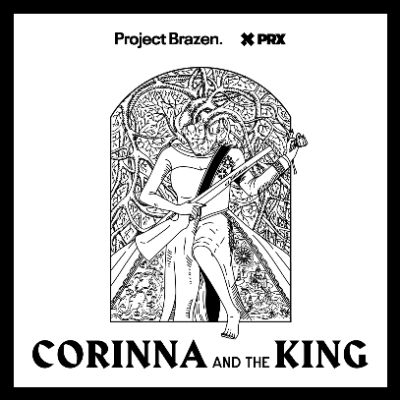 Coming November 7th, 2022 listeners all around the world will be able to be enthralled by “Corinna and the King”, an 8-part podcast series that unravels the unbelievable true story of a love affair that brought the Spanish royal family to its knees. The podcast will be available in English and Spanish versions.

Project Brazen and PRX's “Corinna and the King” tells the story of Corinna zu Sayn-Wittgenstein-Sayn, a well-connected Danish-German businesswoman, and Juan Carlos I, the former Spanish King. Their romantic relationship stretched across continents in secret, but its unraveling would open a window into a dangerous world of greed, corruption, violence, vast pools of hidden wealth, international espionage, conspiracy, hedonism, and elephant hunting, all tracing back to one of the most secretive royalties in the world.

La Coctelera Music co-produced the podcast along with Project Brazen, getting involved in all aspects of production, including original score and sound design, field recordings in Spain, script editing and dual language English-Spanish production. Additional production by Audiation.

The series will go behind the curtain, into the rarefied world of royals and the ultra-wealthy. Corinna’s story is contextualized with dozens of interviews, including long-time royal correspondents and biographers, expert historians, Spanish intelligence chiefs, former FBI agents, and an undercover police commissioner.

The podcast will be released simultaneously in English with narration by actress Mishel Prada and in Spanish featuring actress Laura Gómez. Prada is best known for portraying the lead role of Emma Hernandez on the Starz drama series “Vida.” She previously starred in “The Walking Dead” spinoff series, “Fear the Walking Dead: Passage,” as well as in “Riverdale.” While Gómez, a Screen Actors Guild Award nominee, is recognized for her critically acclaimed role as Blanca Flores in the Netflix series “Orange is the New Black”.

La Coctelera Music's Alex García Amat composed all the original music for the soundtrack of "Corinna and the King", in addition of supervising the sound design of the series. Renowned musician José de Lucía (nephew of the legendary flamenco guitarist Paco de Lucía) performs in the soundtrack in addition to vocals by Adriana López "La Pimienta".

Both versions of the series, "Corinna and the King" and "Corinnay el Rey" will be available across all major podcast platforms, including Apple Podcasts, Spotify, Stitcher, Overcast, Pocket Casts, and Amazon Music.

“Corinna and the King” is a co-production with Project Brazen, PRX and La Coctelera Music. For more information visit corinnaandtheking.com.